What does the UNHRC resolution mean for Sri Lanka? 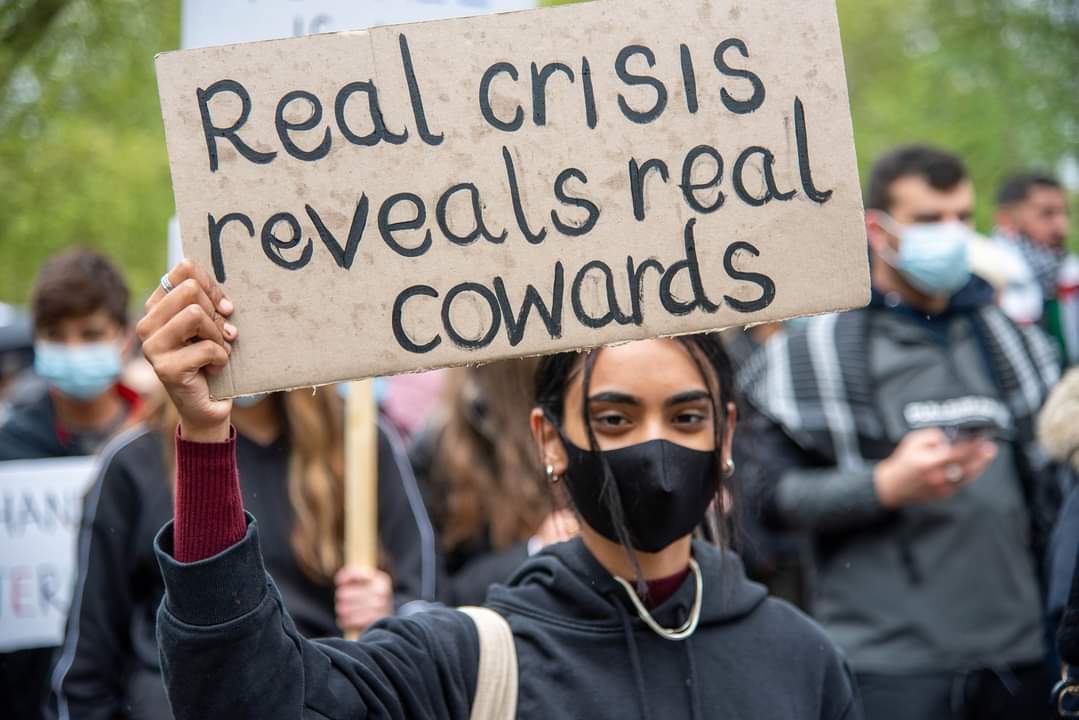 So far, 2021 has seen a flurry of activity that has united the Tamil diaspora in the past few months. Our struggle is slowly gaining ground due to the opposition developed around unlawful destruction of the Mullivaikal monument on 7th January, followed by the P2P (Pottuvil to Polikandy) protests from the 2nd to 9th February. Furthermore, the support from the Tamil diaspora to take action against human rights abuses at the UN Human Rights Council also shows our commitment for the struggle towards self-determination. Despite all this, the pertinent question to be asked is what exactly has been achieved from our calls to the international political elite to recognise the genocide committed against Eelam Tamils? When international actors, such as the UK and the UN, initiate debates and discussions on the human rights abuses of Sri Lanka, reflected in the Parliament debate on 18th March and the UN HRC resolution passed on 23 March, there are often no decisive actions made to clarify their passionate declarations of anger.  Are we surprised? If not, why do we still believe this to be the valid path to achieving our united goals?

First, Britain revealed its take on our struggle. The Parliament debate on ‘UK commitments to reconciliation, accountability and human rights in Sri Lanka’ was a promising view that tried to convince the Tamil Community of some support that we apparently enjoy from prominent backbench and political leaders, such as Stephen Kinnock and Ed Davey, from across the all-party board. These MPs described the torture and abuses that Eelam Tamils suffered through, the numerous crimes committed by the governmental officials of Sri Lanka and the lack of care taken by the UK Conservative government in imposing sanctions and leading the charge for Sri Lanka to stand guilty at the ICC.  Kinnock, in particular, ‘proudly revealed’ the contradictory acts of the UK government in its leading support for the UN resolution and its engagement with the Sri Lankan military, providing military advice and resources through Scotland Police. The FCO relationship with Sri Lanka further proves this; the body seeks to maintain diplomatic alliances with the state and ignores vital guidance that ensures the partnering state is judged for its human rights record.

“If global Britain is to mean anything, it must surely mean consistently standing up for democracy, for the rule of law and for universal rights and values—not just with words, but with deeds. That must start today, and it must start with Sri Lanka” Stephen Kinnock, MP of Aberavon – These are words that we all like to hear but remain empty in terms of deeds.

Now, the debate may have been one of the few shreds of support that we as a community have experienced on the parliament floor, yet this should not be a point of celebration.  We should not be thankful that we have members of parliament who, one could argue, took this debate as an opportunity to criticise the government, transform the floor as an arena to give and take arbitrary blows. These parties do not seem to place any of their mission statements that they passionately defended on the floor as part of their manifesto promises and future domestic policy. Is it that difficult to effectively promise sanctions and political punishment for a state that massacred minorities and continues to strip them of powers to fight back?  Once one runs a fine-tooth comb through the powerful speeches seen in this debate, meticulously and with knowledge of classic political manipulation, it reveals that these are just empty words. An evaluation of the debate displays this much – the foreign policy of a state is the true extension of domestic policy. Our struggle will continue to be situated within the boundaries of a playing card that political players can use to win their battles for power; we will not win. As we revealed in our public statement, the Priyanka Fernando case and the outcome that the magistrate court system reached reiterates this, where diplomatic immunity was valued higher than the protection and safety of the UK Tamil community. Let that sink in.

This year the 47-member Human Rights Council voted for the collection and preservation of evidence that can be utilised to develop possible strategies towards reaching accountability for the gross misconduct and human rights abuses of the Sri Lankan government. Was anything new determined? Were sanctions announced for the criminals possessing power within the inner circle of government? Were there any concrete actions towards the pursuit of justice announced? Were there any slivers of recognition for our plight to self-determination? No. Human rights council had already collected enough information and even published a lengthy report in the past. So far, no action is taken regarding that information.

The true reality of the resolution is that the Tamil community have been forced yet again to ride the never-ending cycle where the international political elite rehash the same promises. Promises of evidence collection is meaningless – in reality it is tiptoeing around Sri Lanka who is under the possession of China, enjoying tight protection as the valued member of the modern-day ‘Silk Road Economic Belt’.  Sri Lankan had become part of growing extension of Chinese economic and political influence. The UN is just a body that exists as a diplomatic forum where the self-interests of the US and China will collide.  Nothing more we can expect at this stage. The US has the UN in its grasps through its contributions of 22% of the UN budget, demonstrating the reality of where the intergovernmental organisation’s interests lie.  The UN’s so-called mandate of ‘Responsibility to Protect’ is in essence, serve the narrow interest of the western governments.

So called humanitarian interventions approved by the Security Council to regions of conflicts are, at its core, masked operations in exploiting resources and inflicting the liberal agenda rather than implementing sufficient peacebuilding plans. Why else have the plights of Kashmir and Palestine not been recognised?

The ICC is another point of contestation. No matter how much we plead and pray for the Tamil Community to be defended upon the prestigious grounds of the International Criminal Court, we will be disappointed. Why? It is essentially another tool of Western imperialism. When taking all this into account, the glaring lack of accountability for the true victims of the conflicts exposes the ineffectiveness of the body. The UN prides itself in its ambiguous equivocal treatment of states based upon its position of power within the international stage and its importance to the 5 key members of the Security Council consisting of the US, UK, Russia, China and France. We as a diaspora should no longer feel obliged to follow this corrupted pathway to justice. Our resources, our blood, sweat and tears that we have tirelessly given to this campaign, should not be pooled to such an organisation that fails to properly account for the realities of war crime beyond its formulation of weak resolutions. Our support for the UN is thus unfounded.

How should we act if the avenue of international intergovernmental recognition is as ineffective and corrupt as we have described above? We act through the might of our own strength and understanding the reality of the power that we possess as a community. We cannot lobby for justice, as we do not possess the money, nor the resources that politicians clamour over. Yet, we should not be disheartened or lose hope for our struggle, as we have demonstrated, time and time again, the true power of rising, raising the consciousness of Tamils, and uniting through common goal. It is time that we reassess how we are to reach our goals for self-determination. We must begin to reach out to and collaborate with grassroots organisations, bodies that truly care about unveiling the capabilities of persons by challenging injustice and inequality. This will take time – there is no question about this. However, there truly is no other way to realise our goals. It is time that we break the illusion surrounding the elusive ‘international support’ to reveal the truth.

YRS stand together with all of those willing to fight against the oppression faced in Sri Lanka. We understand this can only be done through political pressure applied to the state, by collaborating with similar minded left and grassroot organisations. We strongly oppose the decision made by the courts regarding the Priyanka Fernando Case, however, through young workers and students’ movements we will protest, campaign and pressurise the courts to overturning their verdict. In order to obtain our rightful justice in Sri Lanka or in the UK, we need to unify on a class basis and put our demands forward, and certainly not plead with those that are benefiting from the system they have created.

Write us via email